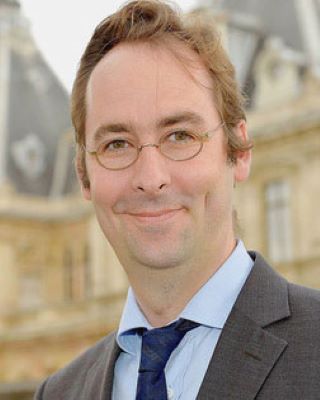 In 2016, he was appointed member of the Panel of Experts on Freedom of Religion or Belief of the OSCE/ODIHR which role is to support OSCE participating States in implementing their commitments on the right to freedom of religion or belief.

Since 2000, he regularly serves as an expert representing the Holy See in committees of the Council of Europe, currently in the Committee of experts on the System of the European Convention on Human Rights (DH-SYSC), under the Steering Committee for Human Rights (CDDH).

Between 2003 and 2012, Grégor Puppinck has lectured human rights, international and constitutional law at the Law School of the Universities of Mulhouse and Strasbourg.

He is the author of several books and numerous legal articles published in several languages.

He has been made Cavaliere della Repubblica by the Italian Government for its services in the Lautsi v Italy case and Knight Commander in the Order of St. Gregory the Great. He received the award of "Humanisme Chrétien" in 2016 for the book "La famille, les droits de l'homme et la vie éternelle" and the Anton Neuwirth award in 2014.