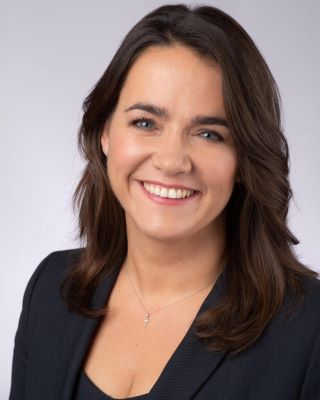 Minister Without Portfolio Responsible for Families

Katalin Novák is a mother of three children, a wife. Minister without Portfolio Responsible For Families, Vice President of Fidesz responsible for international affairs, Member of the Hungarian Parliament.

Since 2014, she has been representing the affairs of Hungarian families, young people and the elderly as the State Secretary for Family and Youth Affairs of the Ministry of Human Capacities, since October 2020 as the Minister. As a mother and responsible for the demographic aspirations of the Hungarian government, her aim is to facilitate the birth of desired children, to strengthen families raising children, to support young people about to start a family and to encourage intergenerational cooperation. She started the concept of the Year of Families in 2018, the organization of the biennial Budapest Demographic Summit, the development of internationally recognized opportunities such as the Baby Waiting Support, the PIT exemption for mothers with four children, the Home Creation Program, and the development of creche. As a female politician, it is very important to her that women should not have to give up starting a family even if professional life is important to them. She is a founding member and president of the Women for Hungary Club. From 1 October 2020, as Minister without Portfolio for Families, she will be responsible for strengthening  families.

She holds a degree in economics from the Budapest University of Economics and Public Administration, and a degree in Community and French law from the University of Szeged and the Université Paris X. She has also lived and worked in the United States, France and Germany. In addition to her mother tongue, she is fluent in English, French and German and conversational Spanish.

She received several awards for her work: in 2020 she was awarded the Commander’s Cross of the Order of Merit of the Republic of Poland, in 2019 the Knight’s Cross of the Order of Honor of France and in the same year she was also awarded the Popovics Prize. The Hungarian Scientific Society for Family and Women’s Protection awarded her the Pro Familiae Hungariae Award, the National Association of Large Families NOE Award, the Association of Hungarian Nurseries the Akócsi Award, the Association Plataforma per la Família Catalunya Luchador the la Familia Award.