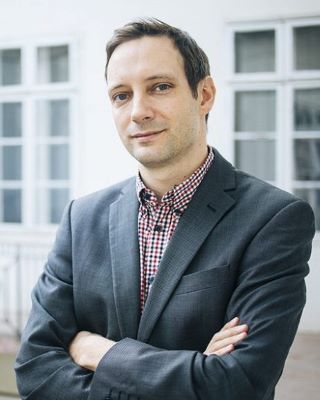 Born in Les Lilas, France, on March 4, 1979, he received a master's degree in geology from Eötvös Loránd University in 2002 and a doctorate in earth sciences from the University of Virginia in 2006. In 2013, he passed the foreign affairs examination and then the consular examination at the Ministry of Foreign Affairs and Trade of Hungary.

From 2010 to 2012 he worked as a political advisor to the Fidesz-KDNP parliamentary factions, and from 2012 to 2013 as a political adviser to the Prime Minister's Office. He served as a diplomat at the Hungarian Embassy in Israel in Tel Aviv from 2013 to 2017, then became head of department at the Ministry of Human Capacities, where in 2017 he was appointed Deputy Secretary of State for the Aid of the Persecuted Christians, under the Prime Minister’s Office from May 2018. From September 2018, he is the Secretary of State for the Aid of Persecuted Christians and for the Hungary Helps Program in the Prime Minister's Office.

He speaks English and French. Married, father of 3 children.